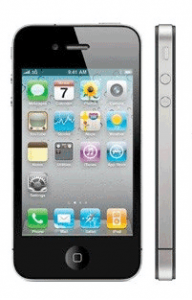 It had to be back in 2005 or so when I first started talking about device convergence. I said that within a few years (I originally said 3 years, so I wasn’t too far off) that we would have a mobile device convergence of cell phones, mp3 players, and cameras. You could see it coming even if the current technology in 2005 wasn’t up to the quality of each individual device.

Now that the iPhone 4 takes 720p video at 30fps we have a worth competitor which crosses the finish line. There is still some room for improvement that Apple and the other phone manufacturers should take note of.

The first phone I noticed which actually started this convergence was the Sony Ericsson Walkman phones (W series, W580i, etc). The problem with these phones was the interface, which was horrible. You could listen to a lot of music due to the expandable memory, however it just did not work in well with the UI and had low adoption rates.

The first iPhone solved that problem and was essential in “selling” the public on an “Apple phone”. The experience Apple had from the iPod made it a natural entrant into the phone market. Merging the phone and the music player was the first great coup that Apple pulled off.

The beginnings of the camera convergence could be seen as well. As sensor sizes shrank, we began to see better cameras in phones. The original iPhone through the 3G only included a 2 megapixel camera, which was on par with my first digital camera from 2001. The 3GS introduced a 3 megapixel camera which was an improvement but not a true replacement for a compact digital camera. Finally with the iPhone 4, we have a 5 megapixel camera which is a likely replacement for many with a compact point and shoot camera. The current generation of many point-and-shoots already have small sensor sizes which show a lot of digital noise and I expect to see the same on the iPhone 4 camera when zoomed to 100%. That being said, since it is 5MP you will rarely need to see a photo at 100%. On the phone itself it will look spectacular and I expect it to look decent on a computer screen running at a normal resolution.

An extra bonus is the 720p @ 30fps video that this camera is capable of taking. Although this won’t replace the current generation of HD video cameras it does make a suitable replacement for those off the cuff videos of family and friends that are so great to have.

Another benefit of having a phone with so many capabilities and a relatively open platform (just think – the processing power and RAM of the iPhone 4 is similar to full sized computers of 2000) is that we are seeing other devices converge into the phone. GPS units with turn by turn and text-to-speech, credit card machines, a burgeoning game platform and more.

Of course Apple isn’t the first company to have many of these features (See an HD video sample on the Nokia N8), but it is the first to wrap it in a spectacular interface. For many consumers, the iOS UI is the easiest and fastest way to get something done on a phone. The “Facetime” feature may become moderately popular over time, but unless they conform to some other open standard I do not see it becoming mainstream. Skype should be able to utilize the front facing camera over 3G, which would be key for both Skype and Apple. This alone would spur on many iPhone 4 purchases.

The iPhone and iOS has its weaknesses. Other manufacturers should take note:

Make no mistake, Apple has a winner with iPhone 4. Now that we have background processes, unified inbox,  a majority of the gripes myself and others have had with the OS have been rectified.

We have the convergence of the following mobile devices now complete:

So what’s next? We will see increases in quality on all features. The iPhone can’t really get any more pixel density, so I would expect to see an “iPhone XL” at some point with a 4-4.5″ screen. Aesthetically, there is a lot of non-screen space on the phone still. We might see a phone with almost no edges at some point in order to maximize the size – however there may be some engineering limitations that I am simply not aware of.

What do you think? Will you be getting an iPhone 4?